The boards arrived back from OSH Park, and I took a bit of time to assemble them this weekend. Foolishly, I left my SMD components at work in Midtown, so I had to cannibalize an extra LEVER board to get everything I needed. As a result, the WEFT board is a little messy (and I detached one of the transformer pins, which I think I was able to fix, but not certain about that). 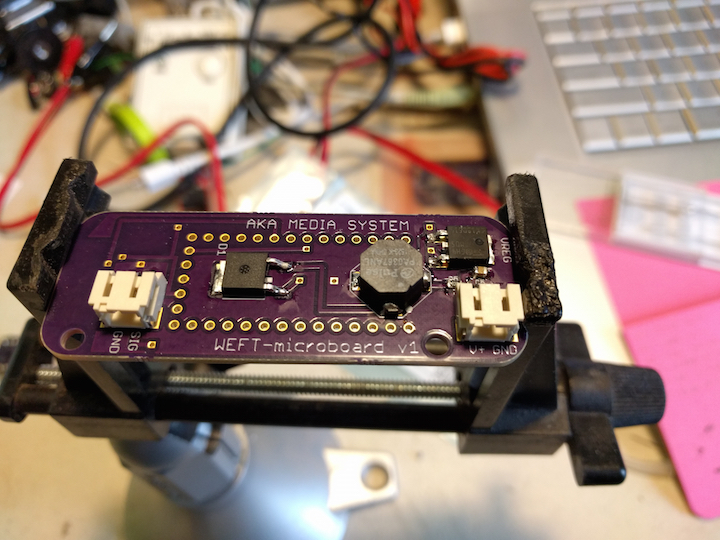 The WEFT board is quite different from the LEVER predecessor - WEFT pairs the Teensy with an RFduino, which acts as a master on a shared i2c bus. WEFT is designed for embedding in larger prototypes, whereas LEVER was the prototype. So where on LEVER there is an interface for chagning the waveform, and a screen for displaying current parameters, WEFT now pushes all those functions to an Android phone that sends commands to the RFduino on the WEFT board.

I got pretty lucky in that everything on the board seemed to work with little debugging (knock on wood). Writing the i2c interface while thoroughly DayQuilled-up was not too problematic. I’ll share the firmware sometime this week.

In terms of performance, WEFT works but for some reason the boost converter circuit isn’t as efficient as it used to be. There are several new/optimized components and a couple of new component values, so I will take some time this week to go through each swap-out and see which one is at issue. At present, the boost converter only generates about 120vpp, as opposed to about 180vpp in the LEVER board. Additionally, and puzzingly, this drops to about 60vpp by the time the signal gets to the JST connectors, so something weird is definitely going on there.

I also forgot/didn’t care enough to put an on/off switch and a power-on LED on the board, so I’ll probably spin up another rev of this board. The next rev might be significantly different, though, as I’m hoping to find a way to ditch the Teensy. At present, I need it for its DAC and its nice/adjustable PWM frequency, but I think the RFduino can probably be coaxed into variable and high-frequency PWM, and I thin the DAC might not be needed for basic applications.

I don’t know when I’ll be able to release this as a real project. I’d love to get it in more people’s hands, though, so contact me if you have ideas! 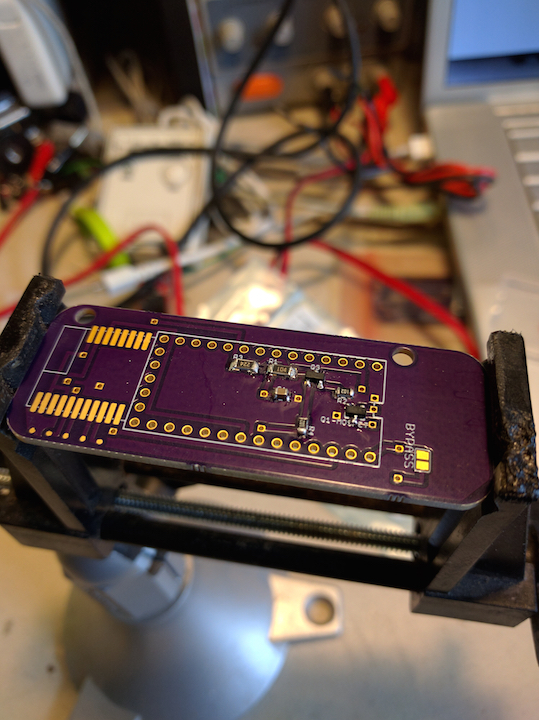