I’m getting ready to share a project I’m pretty jazzed about: it’s a board that lets you prototype different dynamically-addressable textures.

I made this board because I couldn’t find anywhere online where someone had been able to duplicate the work in this paper from Disney Research, in which they describe the electrovibration phenomenon and some potential applications. 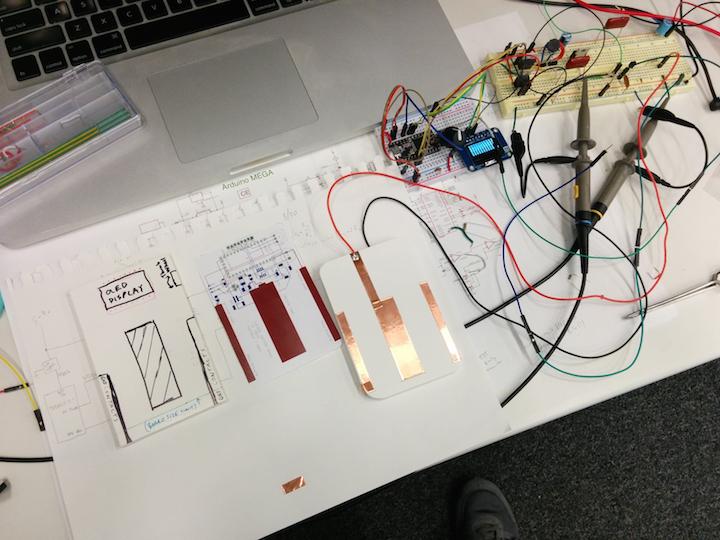 The board is specifically for trying out different amplitudes, duty cycles, and waveforms to see the differences in perceived texture that result. It is designed to fit in the hand (ambidextrous) and naturally and safely ground the user - the copper pads on either side are grounds, and the copper strip in the center (which is very smooth when the device is unpowered) is where the texture changes. The knob allows the user to change frequency, waveform, amplitude, and boost converter duty cycle. In rev 2 of the board, which I’ll be sharing ASAP, the knob will be a combination pushbutton and encoder, rather than a potentiometer. The whole thing is powered by a Teensy 3.1. 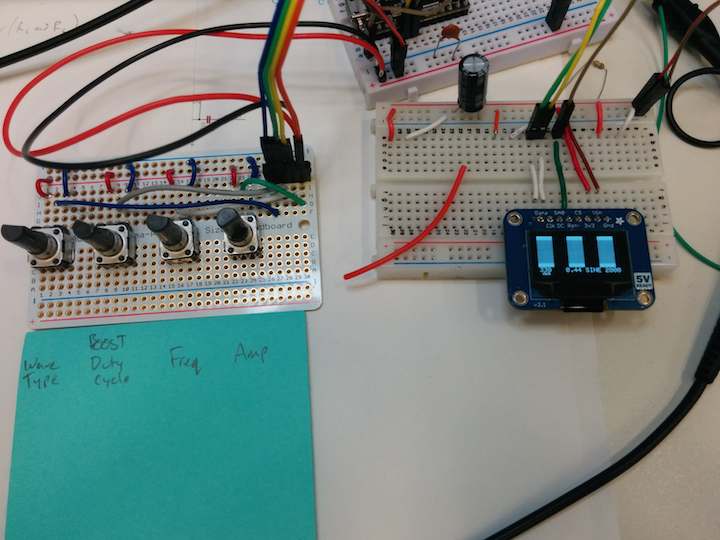 The board is working well, although once in awhile people have trouble perceiving the texture - this is usually because of differing sweat/skin-conductivity levels between people, and it usually normalizes itself and becomes perceivable after a few tries.

Initially I called this LEVER, a placeholder name that is just “revel” in reverse (“revel” being the Disney project’s name, short for reverse electrovibration). After some thought I am calling this WEFT, since the weft of a fabric is the part where texture can be changed. The first use of the WEFT board will be in augmenting the back of a cellphone - dynamically changing the texture will allow a person to tell by touch alone how many notifications are waiting for them.

I’ll be posting more on my real portfolio and full project details on my Hacakday page, but I wanted to post these because otherwise my blog is mostly pizza photos. 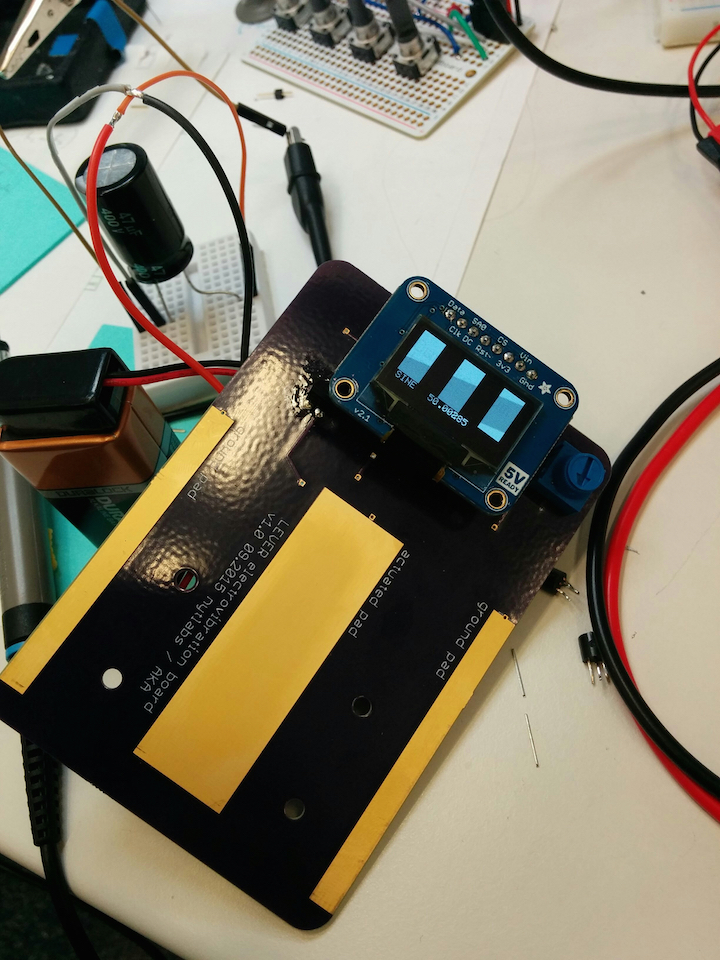