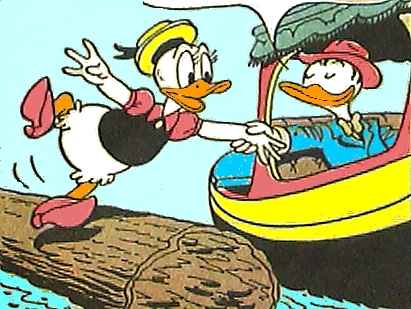 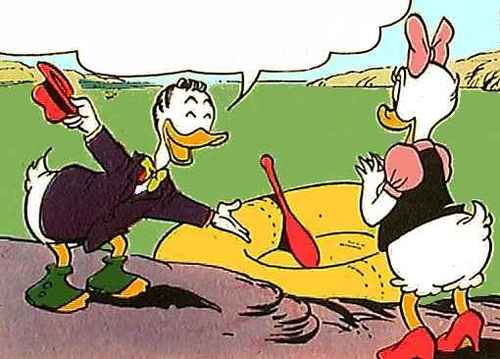 I don’t know why but there were a lot of people crowded around the building where we were shooting these ones. They were really excited about something but they didn’t seem happy. I was just there that day to make the new guy feel good, I didn’t know why they were there.

A big worried guy started running around inside after he sneaked in one of the bathroom windows. He yelled DONALD’S SISTER IS THELMA DUCK, HUEY DEWEY AND LOUIE’S MOM IS NAMED THELMA and I think he was crying.

They were really nice to him, I guess they were pretty upset too. Later I saw one of the guys who is usually mean just hugging the guy on a bench, the main worried guy was still crying.